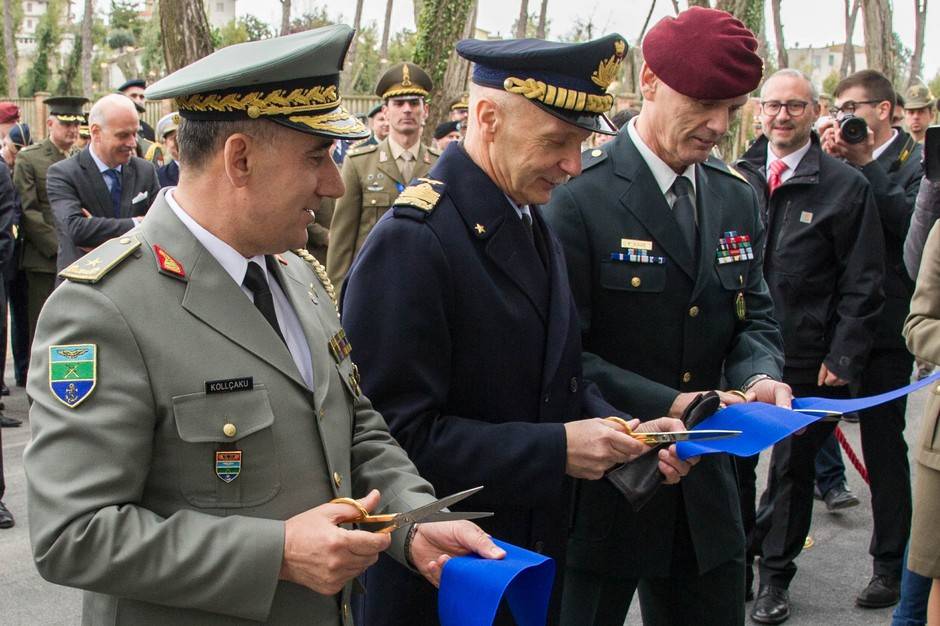 THE OPENING CEREMONY OF THE NATO SECURITY FORCE ASSISTANCE CENTRE OF EXCELLENCE (NATO SFA COE), HOLD ON THE 26TH OF MARCH 2019, IN ROME AT ITS HEADQUARTERS WITHIN THE ITALIAN ARMY INFANTRY SCHOOL’S BARRACKS, REPRESENTS THE FINAL STEP THAT OFFICIALLY ENTERS THE SFA COE AMONGST THE NATO CENTRES OF EXCELLENCE COMMUNITY. Formally, the Centre was born on the 13th of December 2017 when the three Sponsoring Nations signed the Memoranda of Understanding between themselves and with the Supreme Allied Command Transformation (SACT) and officially obtained the NATO accreditation in December 2018. For further information have a look at NATO SFA COE Opening Ceremony NEWS