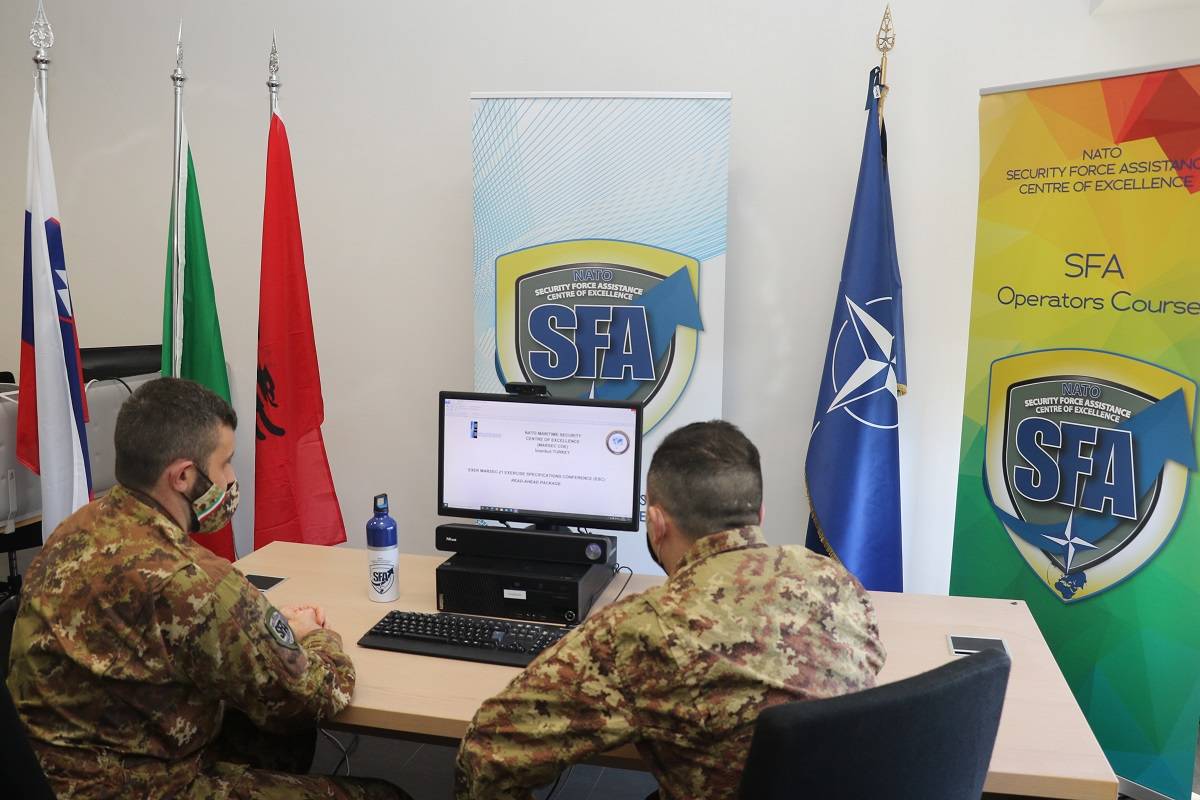 On the 15th of February the NATO SFA COE participated as observer in the MARSEC 21 Exercise Specification Conference, held virtually by the Maritime Security Centre of Excellence in Istanbul.

MARSEC 21 is a Command Post Exercise conducted bi-annually with the aim of improving the cooperation, collaboration, coordination and awareness among maritime security stakeholders, as well as developing leading guidelines on multinational and interagency engagement for maritime security challenges. Its focus is on fighting against/countering the terrorist use of un-manned systems.

The target audience is made up of national and international, military, and civilian maritime security stakeholders and organizations/entities and units deemed appropriate by NATO Nations.

During the conference the Exercise Specification, the Scenario and the Training Objectives were presented to the audience.

NATO SFA COE actively took part in the conference. The aim was to provide the most qualified expertise in Security Force Assistance doctrine and principles, which can be integrated during the forthcoming planning and exercise generation process.