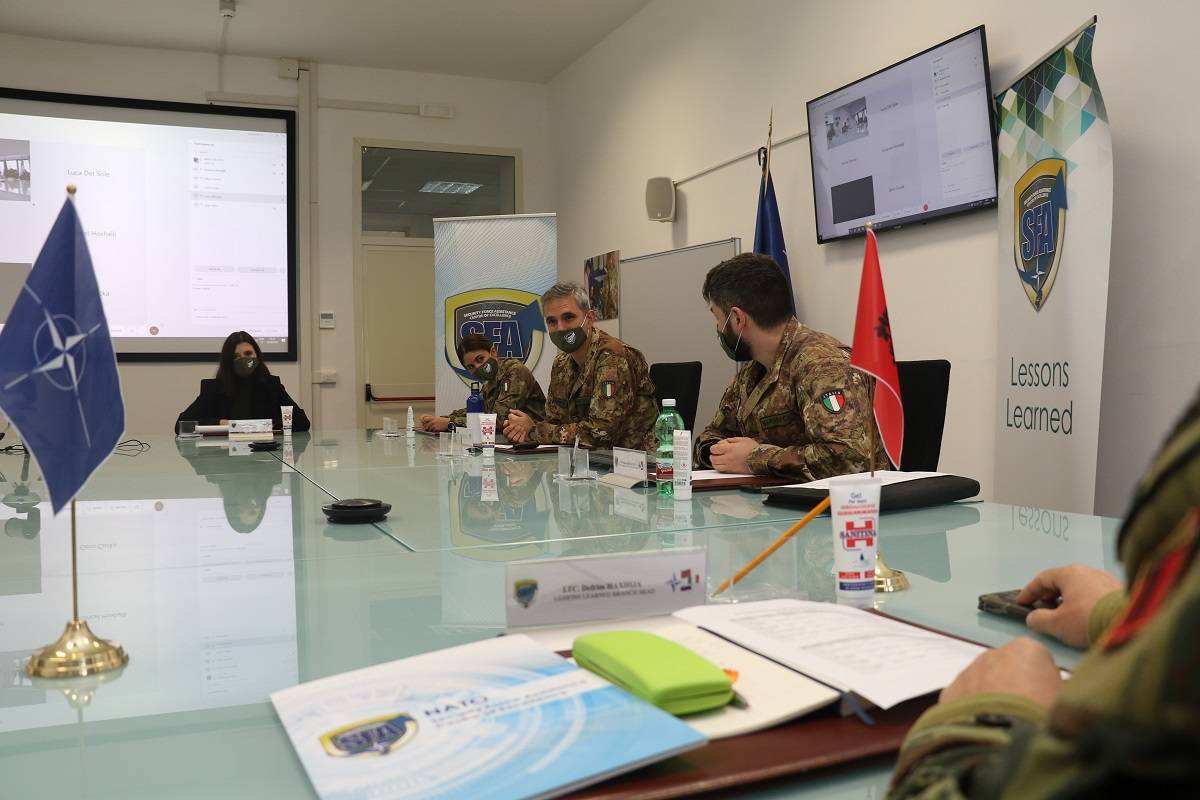 On the 16th and 17th of February, the NATO Security Force Assistance Centre of Excellence (NATO SFA COE) interviewed personnel belonging to the Albanian Armed Forces.

This activity is an integral part of the wider NATO SFA COE project on defining the SFA Operator’s profile, which aims to define the human and professional requirements, psychological traits and skills of SFA Trainer/Mentor/Adviser so that they can effectively operate in any environment and at any operational level.

In this phase of the project, the staff of the Centre is collecting experiential data through the use of surveys, individual interviews and focus groups with personnel who have served in SFA activities in various operating theatres.

As an integral part of the Centre's team, in support of the project, a psychologist from the Office of Military Psychology and Psychiatry of the Italian Army General Staff also participated in the interview, to be able to analyse in more detail the psychological traits of the future SFA operators.

The interviewees were selected from units of the Albanian General Staff, for the first time in a totally virtual mode, due to the pandemic restrictions in both Italy and Albania, creating a setting suitable for data collection.

The end goal will be to create, as part of a broader vision of "Human Capital", a prototype for a common and standardized education and training process, based on a comprehensive, multidisciplinary and not purely military approach that can be used by the entire international community and NATO.