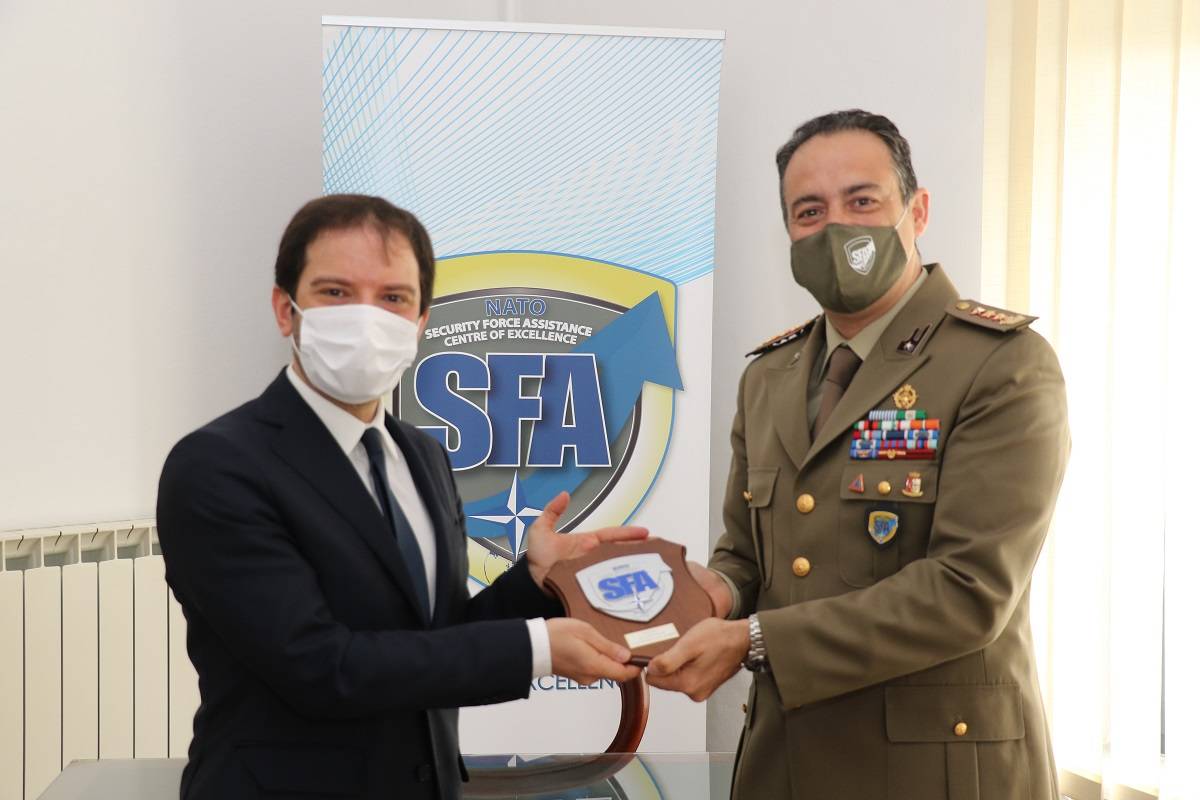 On the 22nd of April, the founding chairman of the Religion & Security Council, Mr Emiliano STORNELLI, visited the NATO SFA COE.

RSC is a foundation which has stimulated many activities focused on the interreligious dialogue in advancing conflicts resolutions, reconciliation and peacebuilding.

The RSC through all its activities engages decision-makers, officials, scholars and experts, with different backgrounds to raise awareness that the religious factor could provide in defusing confrontational situations and advancing reconciliation, in areas that witness warfare, unrest and humanitarian emergencies.

The aim of the meeting was to increase the Centre’s network with this organization that promotes peacebuilding and conflicts resolution by addressing the role of the religious factor in international crises.

Given the fact that Security Force Assistance must be planned, executed, and assessed in the context of NATO’s contribution to comprehensive approach, the interreligious dialogue aimed at conflict resolution, reconciliation and peacebuilding can be considered an integral part of the SFA lines of effort.

In fact, as underlined during the meeting, within the SFA security framework it is possible to identify several areas of overlapping and integration with the religious dimension.

For these reasons from the NATO SFA COE’s perspective it will be auspicious to deepen possible interactions and common projects with the Religion & Security Council.