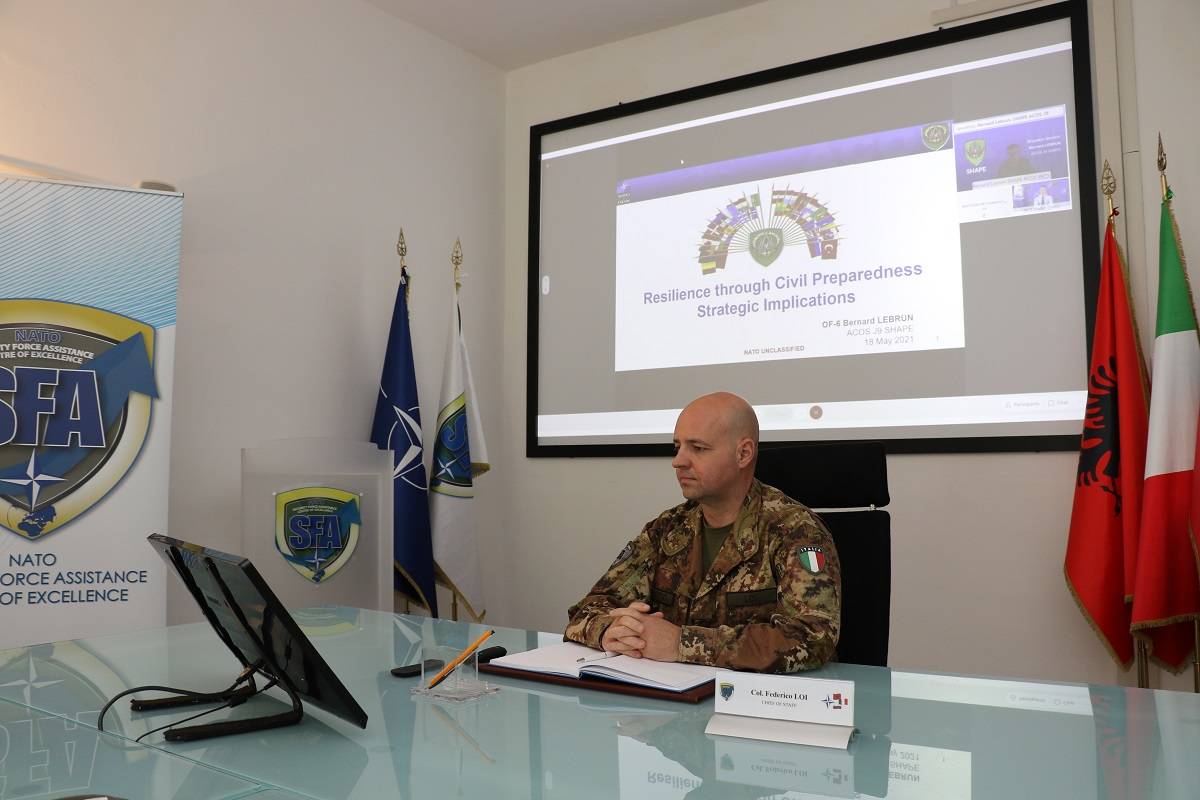 
On the 18th of May, the NATO Security Force Assistance Centre of Excellence (NATO SFA COE) had the opportunity to participate in the warfare development talk (webinar) on resilience, hosted by SACT.

It is recognised across NATO that Resilience will continue to be an important issue for the Alliance for the foreseeable future. This will be further cemented through NATO 2030, the 2021 NATO Summit and in any future revision of NATO’s Strategic Concept.

The event was organized with the broad purpose of progressing the NATO understanding and approach on resilience.

Following the approval of the NATO Warfighting Capstone Concept (NWCC), the NATO nations agreed to move forward on the implementation phase.

During the virtual meeting, it was agreed and clearly stated that coordination of a broad Community of Interest (CoI) to align thinking and understanding on resilience is the first step.

The NATO SFA COE has already provided support to the NWCC, emphasizing the need for the NATO Military Instrument of Power (MIoP) to take into consideration certain SFA features. The COE participation in this Community of Interest (COI) is also important because resilience should be considered during SFA operations as a requisite for the transition phase of Local Forces (LF) and their Associated Institutions in crisis zone.